If you happen to find yourself wondering what are the Italian critical editions and commentaries of the Apostolic Fathers, as one does, here’s one for you: 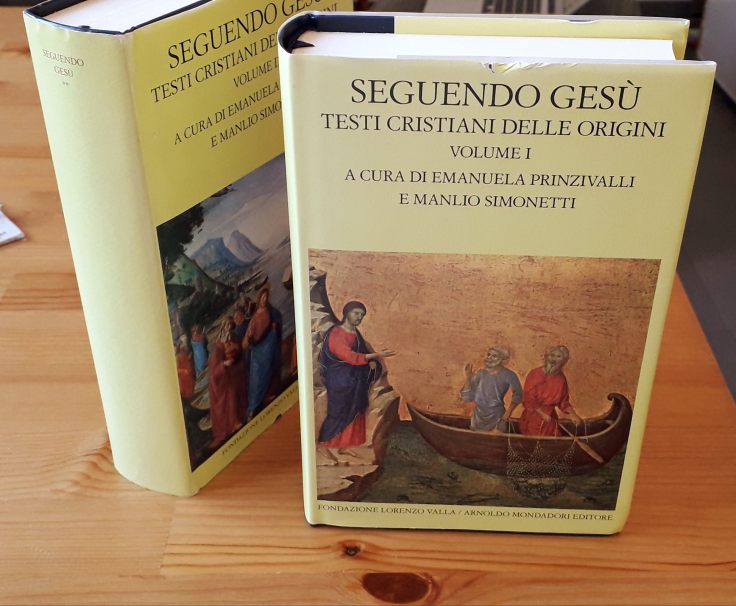 The editors dispense with the “Apostolic Fathers” designation, which they find—not only artificial and modernly constructed, but also—ideologically loaded (p. xiv), and use a descriptive title, “Following Jesus,” which in a sense made the contents of the volume less obvious.

In terms of contents, this collection is minimalist: it contains the Didache, 1 Clement, Ignatius of Antioch’s seven letters (in vol. 1), and the Letter of Polycarp, the Letter of Barnabas and the Shepherd of Hermas (in vol. 2). As such, it does not include 2 Clement, the Martyrdom of Polycarp, the fragments of Papias or Quadratus, or Ad Diognetum (which would have made a nice third volume!).

In the Italian space—where there is a long standing tradition of text editing, commenting, and of the study of languages in general—there are of course also individual volumes, as these below, in the Paoline series Letture cristiane del primo millennio. Among them, the volume on Papias by Enrico Norelli is particularly important.