I received the other day the program of the Scribal Habits in Middle Eastern Manuscripts, hosted in May 10-11 at the Institute for Advanced Studies in Princeton. I’ll be giving a paper on 1 Clement in Syriac, Coptic and Greek. 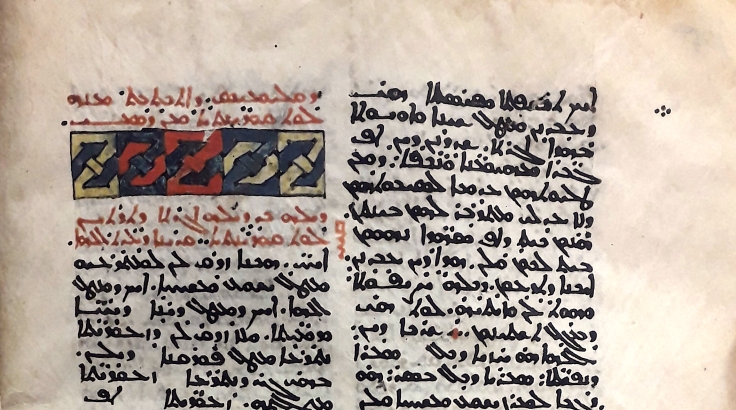 This is the ending of 1 Clement and the beginning of 2 Clement in University Library Cambridge Add. MSS 1700, folio 155b.

The  description in the CfP of the workshop went as follows:

Most scholars who employ manuscripts in their research tend to focus on the literary content itself. But what about the role of the scribe who typically remains at the periphery of research? How can we, in the words of the NT textual critic James Royse, “virtually look over the scribe’s shoulder” to understand the process by which our manuscripts were produced. The aim of this workshop is to bring together scholars from various disciplines to study the individuals who produced our manuscripts and how they shaped the transmission of literary texts they copied.

The resulting program includes papers on Greek, Hebrew, Aramaic, Syriac, Coptic, Arabic, Turkish and Persian manuscripts. You can download it from here. Otherwise, have a look below:

9:15 Elizabeth Buchanan, Connecting the Dots: Using Diaeresis as a Source of Information about Scribal Practices in Greek Papyri in Sixth-Century Egypt

11:30 Binyamin Katzoff, The Second-Hand Scribe: A Unique Tosefta Fragment from the Levant, Its Intellectual Environment, and Its Influence

2:30 Jonathan Loopstra, Scribes and Their Habits in Eighth-Century Syria

4:30 T. C. Schmidt, Scribes and the Book of Revelation in Eastern New Testaments

5:00 Michael Dormandy, “We are the sum of our habits”: Aggregate Scribal Habits of Whole Bible Manuscripts