Quick note on a three-day meeting which just took place in Leuven:

For those who didn’t come across this project just yet, a brief intro: the NTP project started a while back by the late Kurt Niederwimmer (in 1993). The general aim to produce a systematic treatment of the Patristic reception and exegesis of each book of the New Testament, all throughout Late Antiquity.  Almost fifty commentary volumes are projected (and six supplementary volumes on connected topics). Most New Testament books receive one volume treatment, though 1 Peter is divided in two volumes, John in four, and Matthew in six. The first published was the volume on Galatians authored by Martin Meiser, in  2007, followed by a first supplementary volume, which is a collections of essays on the reception of the New Testament in the Apocrypha, in 2014. In 2016, Andreas Merkt published the first volume on 1 Peter, and 2017 Justina C. Metzdorf that on Matthew 19-21. 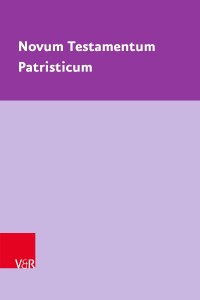 Back to the colloquium: the hosts were Joseph Verheyden and Tobias Nicklas, editors with Andreas Merkt of the NTP series. There were five papers on Patristic commentaries, and the four presentations from scholars who currently work on NTP volumes:

Steven Cooper, Ambrosiaster’s Aims, Methods, and Strategies in his Commentary on the Letter to the Colossians

Sarah Foot, The Bark and the Text: Bede’s Exegetical Method in His New Testament Commentaries

Hagit Amirav and Cor Hoogerwerf, The NTP Commentary on Ephesians: Process and Results

Brian Matz, Matthew 13-18 in the NTP: The Forest (Organization Scheme) and Some Trees (Chapter 13)

Dan Batovici, Notes on the Patristic Reception of 1 Peter 4:7-11.

I am currently working on the second NTP volume on 1 Peter (on 1 Pt 2:11-5:14). There are only a handful of exegetical works dealing specifically with 1 Peter, and they tend to be fragmentary (which means that not all verses are commented upon) or focused rather on all Catholic epistles (which means that they are not necessarily very detailed, and might skip verses, and indeed entire sections), or a combination of both. In this paper, I discussed one pericope, 1 Peter 4:7-11, specifically its treatment in the few extant Petrine exegetical works.